In this article, we will discuss how Haydn rescued Max, a Boxer Bullmastiff Cross approximately 5 years ago. The decision of whether to go to a breeder or to rescue a dog was a difficult one. Haydn tells us about the process he went through to find Max and what to expect.

After convincing myself I was ready for a new addition to the household, the decision that faced me was breeder or rescue dog? I believe that most people, myself included, would automatically search for a breeder with images of choosing from a healthy and happy litter of pups in their vivid imagination.

Having undertaken a limited amount of research I became increasingly aware of various charities and rescue centers up and down the country, as well as a significant number in my local area, that was inundated with stray dogs needing homes.

My ‘research’ mainly involved a few online searches of rescue dog centers but also articles in dog magazines. It was during my browsing that it appeared to me to be a split in the K9 world; namely, to purchase your hound from a breeder or to apply to have one (usually an adult) from a rescue or local pound.

The more I read the more complex the comparable seemed to be. Did I particularly want a puppy? What about house training? Which breed? How would I know if it was a reputable breeder? Would a young dog be able to cope at home alone? Would an adult dog have the desired temperament? Was I prepared for the inevitable property destruction a youthful dog would inflict? The questions seemed to go on and on.

Something I hadn’t been prepared for was the cost of a pup. Many breeds seemed to be approaching a thousand pounds and some, like the British Bulldog (which seemed tempting) was usually around two thousand. A price tag of this nature was simply out of the question. Even cross breeds such as the ‘Labradoodle’ or ‘Cavapoo’ could fetch sums of anything up to eight hundred pounds. Fifteen years or so ago these dogs were, rather ungenerously called ‘mongrels’ and people, who had become unintentional breeders, couldn’t give them away for free to friends and family.

The more I considered the prospect I seemed to be increasingly drawn to an adult dog from a rescue dog center but decisions didn’t stop there! Even within my local area there appeared to be an array of purveyors of K9 companions; smaller local charities and a variety of well-known national names such as the RSPCA or Dogs Trust.

Eventually, I found a website that had been established by volunteers to assist in the re-homing of dogs from the local authority pound. I was aware of the pound as my parents had re-homed a dog from there when I was a child and it surprised me it was still operating.

It seemed to accommodate about forty dogs that varied greatly in breed, size, and appearance. This said, as is the case with the majority of rescue dog organizations, the most popular breed looking for a home was easily the Staffordshire Bull Terrier. The issue of these dogs becoming unwanted and in need of a home, invariably through no fault of their own, is well known.

The dog that stood out to me was labeled on the site as a male six-year-old “boxer cross”. Volunteers had posted pictures of him out on their walks and written brief assessments of how they found him. All had been unanimous in what a great dog he was with some adding he would benefit from an “experienced owner”. This did not deter me as I had owned large breed dogs before and considered myself very much a ‘dog person’.

The next step was to visit the organization. I arrived the next day and by this time was sure I had chosen the right dog for me. The pound was situated at the rear of an industrial estate and consisted of what seemed to be a large corrugated barn construction with a block built reception/office at the front. Upon entering the building I explained why I was there and the staff recognized my description of the dog they had named Max. They suggested I go through to the kennel area and told me Max was kennel 32.

The staff opened the main door to the kennel area and I was met by an overwhelming smell of disinfectant and a deafening wall of sound that was the dogs’ demands to be freed.  They were housed in rows of runs with very narrow paths between them for access and public viewing. I could not help the feeling that it was like a prison for dogs. The only difference was the dogs were detained through no fault of their own.

I walked between the rows of steel mesh and was greeted at each one by dogs throwing themselves frantically at the bars of their confinement. The only exception to this was the occasional inmate who just cowered, shaking at the rear of their cell too anxious to move.

Eventually, I arrived at kennel 32. I was not expecting what greeted me. I think I expected him to be the perfect dog that had been described on the website trotting towards me, tail wagging. Instead of this, my visit was met with a dog that was, like his fellow residents, jumping at the cage. He was on his back legs and I was staring, almost face to face, with a snarling barking beast of an animal. There was no way he would make the companion I had been searching for. I spoke to a member of staff and explained my disappointment.

The member of staff suggested he was a different dog out of the kennel environment.  I had no intention of finding out and simply wanted to drive away. They did, however, convince me to bring him out of the gloom of the building into the daylight.

He arrived in the car park of the building with a young kennel assistant.  Max was obviously thrilled to be out and associated the lead with a positive experience. Just as the staff suggested he was immediately a different dog to the one that had been so desperately trying to compete with his peers. He happily marched up to me with an expectation of being taken for a walk. When the kennel assistant handed me the lead and some dog waste bags I realized she had the same idea.

I obliged by walking him, in his ill-fitting local authority issue collar, the short distance along the drive and into the industrial area that accommodated the pound.  He walked past pedestrians, other dogs, cars, and bicycles without even glancing towards them.  He strained on his tether a little but that was understandable considering his living conditions made up of concrete and steel.

Obviously, he was  delighted to be out and when I felt his absolute gratitude for this simple pleasure I decided he would be mine after all.

I returned him to the kennel, told the staff my decision, and completed the required paperwork. I was informed that it was an “application to adopt” and the staff would make a final decision. Their ‘decision’ seemed to be made as soon as I signed the document and they suggested I collect him the following day. I could only imagine there were others who desperately required his kennel space.

The kennel charged a homing fee of £120. However, this fee covered an operation to have him neutered at a local vet and a free microchip. The cost of these procedures alone would ordinarily be well in excess of £180.

The following day I arrived with my newly purchased collar and lead and felt fully prepared.  He bounded out of the building as if he knew that this was the end of his unjust sentence.  The staff advised I take him for a walk before we drove the 15 miles home in order to try and calm him down.

Even though I took their advice the car journey was a disaster caused entirely by, what I now realize was, a total lack of preparation. I opened the boot of my hatchback and he jumped in. My assumption that he would contentedly sit in the boot, admiring the views as I drove the fifteen miles home could not have been more misguided. Before I got to the driver’s door Max had jumped over the seats and was halfway between the back and front of the car balancing over the hand brake!  As I had foolishly gone alone and without any kind of barrier to control him I drove home with him jumping all over my previously immaculate dog-free car.

When I eventually got home and brought him inside I was a little more prepared. I had purchased a ‘cage’ that is recommended to be used indoors. It is designed with the intention of making the dog feel secure in a confined space rather like a den or small cave would in their natural environment. I must admit that the reason for my purchase was simply because I had made the decision to bring a large Boxer crossed with a Bullmastiff into my small home and could only imagine the damage he could do within minutes if he chose to.

Through more luck than judgment, Max settled in very well. The ‘cage’ turned out to be a sensible purchase as it was his own space where he knew he wouldn’t be disturbed. I would highly recommend this item whether it’s a puppy or adult dog. As I had opted for an adult dog I was spared many of the difficulties such as house training, chewing property, etc. So, in view of my particular circumstances, I believe I was right to choose an adult from a rescue dog center.

I am very conscious of the fact that things could have been very different and to take a large, relatively unknown adult dog into your home is not without risk. I could only advise undertaking as much research as possible. In addition to this staff are always very helpful and informative so it is important to develop an honest relationship with them.

Owning a dog again has brought so many benefits, including improved fitness, and I would recommend it to anyone 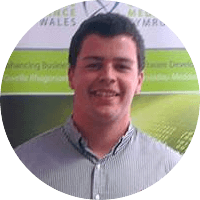